Incredible Castles, Palaces, and Fortresses You Can Stay In

Ever wanted to live like royalty for the night? In some corners of the world, you’ll find luxury hotels repurposed from former castles, chateaus, fortresses, and palaces right out of your fairy-tale dreams. Best of all, there’s no need to worry about hotel security when you’re overnighting in a medieval castle — the fortified walls should buffer all that pesky noise made by marauders. Check in to these 10 incredible hotels fit for a king or queen.

When checking into this 800-year-old castle near the wild Atlantic coast of Ireland, you may be forgiven for feeling like a conquering hero or heroine. This epic structure — with its imposing gray stone walls, crenellated roofline, pointy towers, and the occasional suit of armor guarding a hallway corner — has that effect on guests. The oldest section of the castle was built in 1228 and was added to throughout the centuries. A scion of the Guinness family bought Ashford in 1852 and, during the family’s 87-year residence, Victorian touches were introduced to the medieval castle, as was additional acreage. The castle became a hotel in 1939 and has been tastefully modernized in the years since, with luxury amenities added but its grand character retained.

Legend says that in 1282, as future Queen Isabel of Portugal was traveling to marry King Denis, she spied the hilltop town of Obidos and fell in love with it. The groom bestowed the town to his queen as a wedding gift. There’s a lot to love in the little walled town on a hill above rolling plains — from the narrow cobbled lanes lined by whitewashed houses with brightly painted doors to the window boxes full of bougainvillea and geraniums. The town’s fortified castle keep, once a gloomy affair, benefitted by being chosen for a national program in Portugal and Spain to preserve historic buildings and renovate them into hotels. (In Portugal, the hotels are called pousadas; in Spain, paradors.) So instead of the damp trappings of dungeons and armory, you’ll find comfortable guest rooms, air conditioning, a swimming pool, and a sunny restaurant.

A section of the double sandstone walls that surround Carcassonne date back to the first century CE, when the Gauls and the Romans lived — and fought — in this ancient region of Occitanie. These days, when you check into the Hôtel de la Cité, within the inner walls of the medieval old city, you’ll actually be staying in the palace of a former bishop. The Gothic church buildings, including parts of the palace, were built beginning in the 13th century and underwent a grand restoration and renovation in the 1840s, along with the rest of the city. Upon its conversion to a five-star hotel, the palace was modernized so much that — except for spectacular views of the citadel’s conical towers, along with leaded glass windows and stone walls throughout the building — you’d never know you were staying at a historic site. 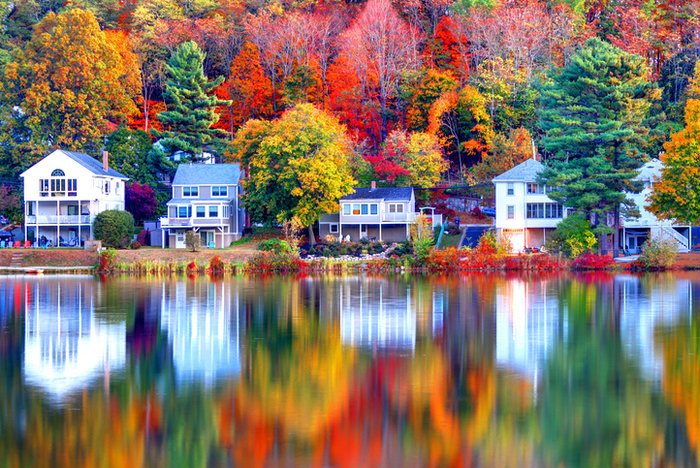 One doesn’t expect castles in the New World, but in the late 19th century, the railway companies of Canada built a series of palatial hotels along the train routes from the Atlantic to the Pacific to encourage travel through the vast country — and to add a European flair to what seemed like the untamed frontier to some continental voyagers. Built high above Quebec’s Old City and in the grand architectural style of the chateaus in France, the Château Frontenac overlooks the Saint Lawrence River and can be seen from almost everywhere in the city. For an especially romantic view, arrive when the hotel’s tall, slate roof and pointed towers are covered with snow.

None of the hotels on this list could be described as ordinary, but there’s one (very lavish) guest suite that stands out at Hirado Castle, a citadel that dates back to the Edo Period in 1599. The original castle was demolished in 1868, but portions — including the keep, four turrets, and the stone walls — were painstakingly reconstructed in the 1960s to house a museum dedicated to the Matsura feudal family, who ruled the island of Kyushu for seven centuries. In 2017, the government greenlit a successful test program to allow one group of no more than five people to stay overnight after museum hours. A Japanese design group added an ultramodern guest suite to one of the turrets, and now you, too, can enjoy a private kingdom for a night.

Even in Italy — land of Armani, Medici, and Mastroianni — the ruling doges of Venice were recognized for outsized glamour and worldly sophistication. Their opulent palaces, built along the city’s canals, were filled with sublime artwork, the finest silks from trade with Asia, bespoke linens, and refined furnishings. One, the Gritti Palace, was home to noble families from the time it was built in the 16th century through the beginning of the 19th century, when it was converted into a hotel. Even after all these centuries, the relentless floods, and a steady guest list of notable names (everyone from Elizabeth Taylor to Brad Pitt), the Palazzo Gritti retains its over-the-top elegance. Guests will find terrazzo floors, silk rugs and wallpaper, heavy damask curtains, ornate antique furniture, and epic Grand Canal views that make for an atmosphere fit for nobility.

Jag Niwas, a summer lake home, was built in 1746 for a young prince, Maharana Jagat Singh. Not satisfied with a house on the shores of Lake Pichola, in the Indian state of Rajasthan, the prince chose a site in the middle of the lake — the same site where this white marble confection still shimmers today. Though it was filled with lily ponds, gardens, domed pavilions, terraces, fountains, and lavish guestrooms, the palace was hardly a fortress. But because it can only be visited by boat and has 360-degree views of the lake, the prince was safe. Now the royal palace is a hotel — the Taj Lake Palace — with 65 guestrooms and 18 suites, plus a fleet of boats (one of which is dedicated to on-the-water spa treatments).

For fans of fairy-tales, a stay at the Château du Rivau is definitely in order. The 15th-century castle hits all the high notes and then some. For starters, it’s in the Loire River valley, along with its better-known (translation: more crowded) chateau siblings. Then there are the conical-topped round towers accessed by circular staircases built of stone, slit windows cut in the walls for archers, and a magnificent fortified keep with flags fluttering on top. The castle even has some romantic history (it was bestowed as part of a bride’s dowry) and a brush with Joan of Arc, whose followers stopped here to get fresh horses. It has enchanting gardens that would fit into any magical narrative and some outbuildings with their own historic pedigree. Château du Rivau operates seven guest rooms (think: velvet-curtained beds beneath timber beams, and wood-shuttered windows open to garden views) so you can linger under the fairy-tale’s spell a bit longer.

Between the Grimm Brothers and Mad King Ludwig, a list of castles wouldn’t be complete without a German schloss. At the Schlosshotel Münchhausen, the formal gardens stretch out before a castle that was constructed over centuries, starting in 1570. This handsome moat-bound schloss was famous enough in its own right to draw a 1716 visit from Czar Peter the Great, who came to inspect the largest collection of plants in Europe, especially the pineapples being grown. A five-star hotel, comprising 68 modern and airy suites and guestrooms, opened in the castle in 2004. Another good reason to check into the schloss is the onsite restaurant, which has successfully defended its Michelin star since opening.

Malta, the sunny island nation midway between Sicily and Libya, has seen a lot of foreign rulers, resulting in architecture, cuisine, and language that benefits from the best of them all. The Xara Palace in Mdina, a medieval walled city in the center of the island, was originally built in the 17th century as a villa for a nobleman descended from the Knights of Saint John, Moscati Parisio. Because it was inside the defensive walls of the city, the villa remains in beautiful condition, unscathed by any attacks during changes in government. Xara Palace served as the dining hall for British officers during their stay in Malta in World War II, and in 1949, it was modernized and converted into a luxury hotel. Fans of Game of Thrones, Gladiator, and Troy may recognize Mdina’s sandstone fortified walls as a filming location, with the Xara Palace providing accommodations for the stars, of course.