The key to finding the perfect cup of coffee may be in its roast and drip, but the key to finding idyllic coffee culture is all in the atmosphere. While some cafes are utilitarian, others have a true wow factor, impressing as much with their architecture as their coffee beans. Take a look at 10 of the most stunning places to sip a cup of joe around the world.

Opened in 1894 by Manoel Lebrãp, Confeitaria Colombo is more than just a cafe, it’s a destination in and of itself. Located in downtown Rio de Janeiro on Rua Gonçalves Dias, the facade is rather unassuming. But take one step inside and its Art Nouveau style harkens back to another time. The architecture combines French stained glass, Portuguese tiles, and Belgian mirrors — an international mixture that reflects the food it serves, from French pastries to Portuguese pastel de nata. For those who want to soak in the atmosphere longer, the upstairs dining room serves up cozy meals, including the Brazilian national dish feijoada completa, made with beans with beef and pork, on Saturdays.

When the cafe on Porto’s Rua de Santa Catarina first opened its doors in 1921, it was appropriately named the Elite Caf​​e. After all, it drew society members into its João Queiroz-designed Art Nouveau space that featured leather upholstery, varnished wood, plaster-adorned ceilings, classy marble, and Flemish mirrors. Though the opening was considered successful, the hoity toity name didn’t sit right — soon the name was changed to the Majestic Cafe, and everyone was invited in. The cafe quickly became a hangout for writers, artists, students, and professors. Business slowed in the 1960s, and by the 1980s, it had fallen into ruins. But in 1992, a two-year restoration effort led by architect Teresa Mano Mendes Pacheco began, and it reopened with all the allure of the original Majestic.

In a city known for its coffee culture, Cafe Sacher Wien is among the most iconic. Not only is the Viennese coffee delectable here, but Cafe Sacher is also the birthplace of the city’s famous Sacher torte, a sweet treat that then 16-year-old apprentice chef Franz Sacher first made for Prince Metternich of Austria in 1832. Melding together chocolate, apricot jam, and whipped cream, the same recipe is baked by hand today. Pair the Viennese coffee and pastries with the elegant atmosphere and views of Vienna’s iconic opera house, and you may find yourself sticking around this cafe for a while. 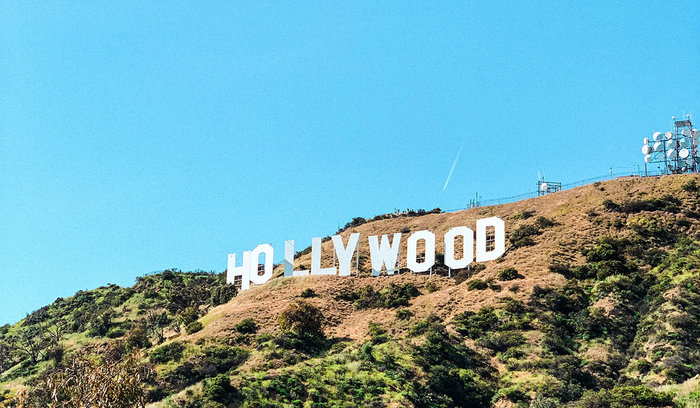 Which of these Canadian cities is nicknamed "Hollywood North"?

Although this cafe was founded by a French immigrant named Touan, who was inspired by a Parisian cafe for its moniker, Cafe Tortoni is now an indisputable part of the Argentine cultural fabric. Founded in 1858 and re-designed by architect Alejandro Christophersen in 1898, it’s known as one of the city’s most famed bares notables (historic cafes). Located on Avenida de Mayo in Buenos Aires’ Monserrat neighborhood, Cafe Tortoni has been frequented by politicians and artists over the decades — including French-Argentine singer Carlos Gardel, who had a table personally reserved for him near the window at the back right side of the hall.

While there are now locations around the globe, nothing beats the magic of the original Angelina on Rue de Rivoli in the first arrondissement of Paris. After all, where else can you request Table 45, better known as Coco Chanel’s favorite table? Opened by Austrian Anton Pumpelmayer in 1903 and named after his daughter-in-law, Angelina has seen its share of society folks over the years, such as French novelist Marcel Proust. While an assortment of coffees, cappuccinos, and lattes fill the menu, the most famous drink has a sweeter twist: the Old-Fashioned L’Africain hot chocolate topped with whipped cream. For even more indulgence, pair it with Angelina’s trademark pastry, the Mont-Blanc made of meringue, whipped cream, and chestnut paste vermicelli.

Pretty in pink with all the right frills, Peggy Porschen is both an Instagrammer’s playground and a pastry wonderland (helmed by a Le Cordon Bleu cake designer). The first location debuted in London’s Belgravia neighborhood in 2010, and a second location opened in Chelsea in 2019. A self-proclaimed “fairytale pink facade,” the cafes feature floral arches over the entryways that change every season — setting the stage for an unforgettably pretty cafe experience.

Elegance knows no bounds at Budapest mainstay Cafe New York, where the menu even features 24-carat gold latte macchiatos and cappuccinos. Opened in 1894, the Italian Renaissance-style cafe quickly became one of the Hungarian capital’s go-to cafes, especially for those drawn to the written word. Writers and editors mingled here at the turn of the 20th century, and newspapers were once edited upstairs in the cafe’s gallery. But World War II caused the cafe to fall into shambles and later turn into a sporting goods store. Though it morphed back into a cafe called Hungária in 1954, it took until 2006 for it to be refurbished back into the way it once was— and again become known as one of the most beautiful cafes in the world.

Opened in 1720, Caffe Florian is considered the oldest cafe in Europe. Originally called Alla Venezia Trionfante (Triumphant Venice), the name was changed to Caffe Florian to honor its founder Floriano Francesconi. At the beginning of the 20th century, the cafe started complementing its food with musical flavors by introducing cafe chantants, a concert style particularly geared toward the cafe crowd — a tradition that remains today.

Ever since it opened in 1914, Cafe Imperial has been charming guests with its beautiful mosaic ceiling and intricate ceramic wall tiling. It was especially a place to be seen during the 1920s, and once welcomed the likes of writer Franz Kafka and composer Leos Janacek. To add to the glamour, the dining here is all on Villeroy and Boch premium porcelain.

Like all the others on this list, Gran Caffe Gambrinus may be beautiful, but that doesn’t mean it doesn’t take its coffee seriously. As the cafe writes on its website, “Since at least 1800, coffee has been more than just a drink in Naples, a ritual habit which is deeply rooted in every social class, a phenomenon that makes a simple moment of refreshment an opportunity of culture and sociability.” And so it sticks to a simple formula for its brew: dark, dense, and hot. Founded in 1860 and renovated in 1890, Gambrinus quickly became a great European literary cafe — until it was shut down in 1938 because it was considered antifascist. The Sergio family then brought it back to life in the 1970s and the Pope himself paid a visit in 2015.