of the World's Newest Tourist Attractions

Is your travel bucket list getting stale? A new year calls for fresh experiences, and destinations around the world are eager to lure travelers with novel attractions. Although many attractions now require advance reservations and tickets with timed entry due to pandemic restrictions, the upside is that you’ll get to experience these wonders with fewer crowds than they would typically attract. From America’s newest national park to theme parks that bring Mario Kart and the Avengers to life, here are 14 of our favorite new places to visit in 2022.

It’s called the New River, but the waterway snaking through America’s newest national park (which became No. 63 in late 2020, if you’re keeping track) is actually one of the oldest rivers on the continent. Wild with whitewater, the river is surrounded by 72,000 acres of rocky canyons and dense forests thick with wildlife and wildflowers. Whitewater rafting is an obvious choice, but the park also offers scenic drives, fishing, hiking, and many other outdoor activities. While basic campsites are the only on-site accommodations, lodging is abundant in neighboring towns and nearby state parks.

Mario and his brother Luigi burst onto the video game scene in 1985, spawning multiple Nintendo games, a movie, and even a line of meatball-laden Spaghetti-O’s. Now they have their own theme park, which opened at Universal Studios in Osaka, Japan, in March 2021. Visitors can participate in an augmented-reality Mario Kart race and play various games throughout the park. Take a ride through the Mushroom Kingdom on Yoshi, and be sure to keep an eye out for Princess Peach. If you can’t make it to Japan, three more parks are underway at Universal Studios in Orlando, Los Angeles, and Singapore.

Slotted into a triangular sliver between an interstate highway and a viaduct, Convergence Station, the third and latest installation from Santa Fe’s Meow Wolf art collective, is also its largest. Spread over four stories and 90,000 square feet, the all-ages, immersive exhibit is centered around the sci-fi and psychedelic concept of quantum travel. It features the work of more than 300 artists and 70 installations with portals, wormholes, and weirdness galore. Bonus: Meow Wolf is also offering several adults-only evenings beginning in 2022. 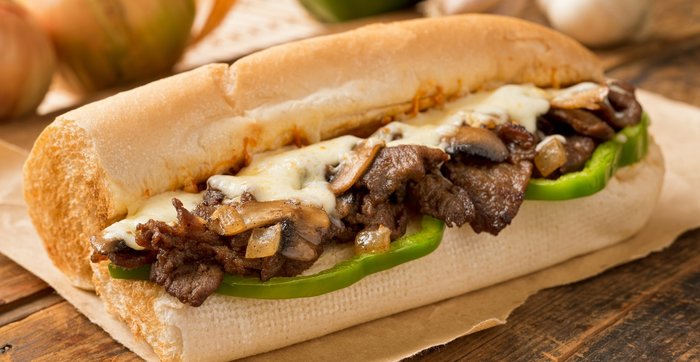 Dubai is no stranger to shattering world records, and now the glittering capital of the United Arab Emirates has done it again. Opened in September 2021, Deep Dive Dubai is the deepest pool in the world, reaching depths of almost 200 feet and filled with nearly 4 million gallons of fresh water that’s kept at a comfortable 86 degrees Fahrenheit. Certified scuba divers and free divers can explore a vast sunken city, while novices can take lessons and snorkelers can serenely view the display from the surface. The pool, which is shaped like an oyster, offers a multitude of cameras and staff to ensure safety.

Ready for your close-up? Opened in September 2021, this museum is a love letter to all things cinematic, chronicling the history of Hollywood film with more than 13 million individual film-related artifacts — from costumes to film reels, props, and posters. Built at the staggering cost of $500 million, the architecturally stunning Academy Museum of Motion Pictures is home to some of cinema's most famous memorabilia, including the animatronic shark that ate Robert Shaw in Steven Spielberg’s Jaws, Rosebud the sled from Orwell’s Citizen Kane, Jeff Bridges’ bathrobe from The Big Lebowski, and even the alien everyone rooted for in E.T. There are also exhibits examining racism in Hollywood, tributes to notable filmmakers, and a fantastic gift shop.

Imagine Chuck E. Cheese — but with better pizza, excellent cocktails, and high-tech fun for both adults and children — and you’ve got Albuquerque’s Electric Playhouse. The 24,000-square-foot facility immerses kids of all ages in a digital wonderland of games guaranteed to challenge and entertain — no goggles required. The playhouse also hosts a series of special events, including dance parties, musical performances, and maker events where kids and teens can learn to build (and battle) their own robots.

While this attraction technically isn’t open yet, the world’s largest archaeological museum has been in the works since 1992, and it’s reportedly set to finally open in fall 2022 — at a cost of over $1 billion. Spread over a pharaoh-worthy 123 acres and containing 100,000 objects, the massive undertaking will be entirely devoted to Egypt’s rich history and will display more than 5,400 Tutankhamun artifacts in particular. In addition to relics, the museum’s location offers stunning views of the Great Pyramids of Giza. More than 5 million visitors a year are expected to pass through its doors, where they’ll be greeted in the atrium by the colossus of Ramses II, which stands 30 feet high and weighs almost 200,000 pounds.

Boston’s newest museum had been open for less than a month when the pandemic hit, but this homage to contemporary art is once again open and welcoming visitors. The $12.5-million MAAM (MassArt Art Museum) is free to the public courtesy of the Massachusetts College of Art and Design, the only publicly funded freestanding art college in the United States. In addition to a vibrant calendar of rotating exhibits, the MAAM offers classes for budding artists of all ages, and the large outdoor plaza hosts various art installations and events. As a bonus, the Isabella Stewart Gardner Museum is only a five-minute walk away. It has a stunning collection but is best known for the still-unsolved art heist that occurred there in 1990 — the single largest property theft in history.

Space is at a premium on the island of Manhattan, so intrepid New Yorkers built a park in the Hudson River, which opened in May 2021. And not just any park: What was formerly a derelict pier in the Meatpacking District is now an island built on distinctive tulip-shaped stilts, on top of which are almost three acres of landscaped nature, flower-filled paths, picnic lawns, and a waterside amphitheater. If floating recreational facilities really float your boat, you’ll soon be able to swim at +Pool, a floating filtered swimming pool on the opposite side of Manhattan in the East River.

After a street-level, riverside experience in New York City, change perspective by going all the way to the top of another new attraction, The Edge, which opened in March 2020. Not for the faint of heart, this 100th-story platform jutting out from a Midtown skyscraper is the highest outdoor observation deck in the Western Hemisphere. There’s also a vertigo-inducing glass floor, a Champagne bar, and — for certified daredevils — the City Climb, where you can scale a 45-degree staircase and then lean out for a (safety-harnessed) view of the city streets 1,200 feet below.

Fans of the Marvel Cinematic Universe and its pantheon of superheroes can immerse themselves in a 3D experience at this newest offering from Anaheim’s Disneyland Resort. Opened in June 2021, the Avengers Campus covers all the characters from Marvel's many films and shows — from Hawkeye to Hulk to WandaVision. Scream on the Guardians of the Galaxy drop-tower dark ride, sling along with Spider-Man on the “Web Slingers: A Spider-Man Adventure,” do a meet and greet with Iron Man, visit the Ancient Sanctum of Dr. Strange, and, by all means, eat your fill of the $100 sandwich at Pym Test Kitchen. (Thankfully, it feeds six to eight people.)

For those of us who couldn’t make the cut at NASA, hurtling above the planet on a rocketship was once the stuff of dreams. But in the desert of New Mexico, British billionaire Richard Branson has built a 27-acre spaceport where — for a whopping $250,000 — lucky explorers with means can journey right to the edge of space and experience a few minutes of weightlessness before returning to Earth. More than 600 people have already signed up. If Virgin Galactic doesn’t satisfy, book one of four slots on the Axiom/SpaceX mission, and spend eight days on the International Space Station. The price? A cool $55 million per person.

In South Dakota’s Badlands, the spirit of the Lakota is celebrated at this new living history village, opened in June 2021. The outdoor attraction in the town of Cactus Flats allows visitors to enter the world of the Lakota people, as tribal members share their stories (both past and present) and display the richness of their culture and history. Interactive exhibits and displays focus on their strong connections to the land and the wildlife that also inhabit it. For another insight into Indigenous culture, in Oklahoma City, the recently opened FAM First Americans Museum narrates American history from the perspective of the state’s 39 tribal nations.